Album is officially released! One chapter ends, another begins…

Posted on November 9, 2015 by violinscratches

So as time always seems to do, it marched on boldly and now here we are planted squarely in the month of November… How October flew away so quickly I will never know! But, as you may have guessed, the seed that was my album concept which I started nurturing almost a year ago has finally come to fruition! The CDs arrived in the mail early last week, and that same day I received confirmation that my album is also up on iTunes… So I guess big ideas can be brought to life after all!

But of course no undertaking is the work of just one person. I would have been at a loss without the expertise of sound engineer Jake Larson (Sacred Heart) and graphic designer Shawn Stigsell (Stigsell Creative)… It turns out three heads are better than one! What’s more, the album wouldn’t even exist if it weren’t for your generous support — so thank you once again for your kindness! I am hoping to have all the CDs mailed out to those of you who contributed to its creation by the end of November. 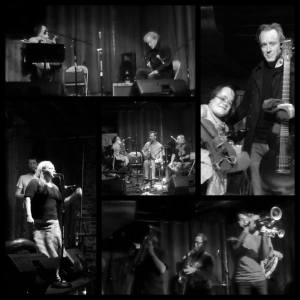 I was also blessed to have two extremely different but equally enjoyable CD Release shows last week. The first show was at Bulldog Pizza and Grill on Tuesday, November 3rd. It was a jubilant family party with lots of kids in attendance (including 4 of my youngest fiddle students), some seriously excellent local talent (go see John Seguin, Ann Kathryn, and Jen West… they are all fabulous!) and a laid-back atmosphere that truly made me smile. Ken and Sue (the owners of Bulldog Pizza) have been nothing but generous towards me and my music — they even offered to give free root beer floats to the all kids that night just to amp up the festive vibe. I was still aglow on Wednesday morning.

Because Tuesday evening was so sparkly, I was extra happy when Thursday night’s show at The Red Herring Lounge also went swimmingly. Four Mile Portage had a really fun performance that even included members of the audience square dancing. I sang three numbers with them at the end of their set — including a banjo/fiddle cover of “Bird Song”, a tune I wrote for The Murder of Crows. Afterwards I played about 10 songs, mostly from the new album, only with a twist — Alan Sparhawk sat in with me on his baritone guitar and improvised along with the traditional melodies. It was so much fun (and quite meaningful) to play with him again after his long stint of touring… I will be forever grateful for his creative influence and for helping me to expand my musical boundaries! Last but definitely not least, the Brass Messengers took the stage for a super enjoyable musical romp. By the end of the night, this raucous 8-piece brass band was walking around the bar, mingling and dancing with the audience members… while playing! IT. WAS. AWESOME. 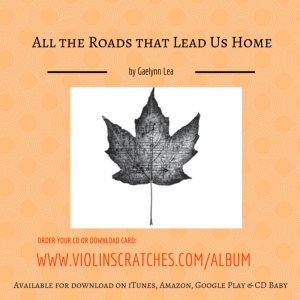 Now that such a big project has been launched, it’s important for me to remember that my album creation isn’t DONE — in fact, its life is just beginning! I had the great fortune of a favorable first review in the Duluth News Tribune on Thursday and it gave me a boost of motivation to spread the word about this project. My focus of the next couple of months is about getting lots of ears listening to these tunes — I am so happy with the way it turned out, and I genuinely want to share this music with you! You can order a CD or download card of “All the Roads That Lead Us Home” here; it’s name your price for a limited time. The album is also available for digital download in the U.S. at these online stores: iTunes, Amazon, Google Play, and CD Baby.

Anyway, this past week was quite the ride! I am looking foward to the next chapter of this album journey – I’m planning to send out CDs to radio stations around the country, submit my tracks to music blogs for review, stock local shops with albums, and play some tunes at my third CD Release show at Beaners Central on Saturday, November 21st! I am excited to discover what other roads I’ll be traveling down this coming year… I’ll be sure to keep you posted along the way!